Internet bots in their broadest terms have existed for quite some time, for instance the most well known and largest use of bots has been in web spidering. Web spiders or ‘crawlers’ are bots that automatically fetch, analyse and file information from web servers at many times the speed of a human. Traditionally web crawlers have seen the majority of their use in search engines; though they have played a part in the recruitment industry too, particularly in job boards.

However, the latest breed of bots has really come to the fore of late, for both the right and wrong reasons.

The chatbot is the latest in this new breed of bots. Analysts believe that this particular type of bot could potentially automate roughly 75% of the recruitment process! Using a combination of natural language processing (NLP) and artificial intelligence (AI) to vet job applicants – based on factors like qualifications and extracurricular activities. The chatbot also has the functionality to answer applicant questions regarding company culture, policies, and benefits. As one can imagine, such a bot will streamline the overall recruitment process, freeing up time for recruiters to focus on the softer aspects of recruitment, namely relationship-building and management with their end clients’ – not to mention the significant savings to the bottom line!!

Some recruitment companies have already began investigating and investing in bots.  Companies like EstherBot, Yodas and FirstJob have already ran trials and these have found applicants who engaged with chatbots were over three times more likely to hear back from a recruiter or hiring manager. Mya, FirstJob’s chatbot, works natively within their site and on other channels, including Messenger, Skype, email, and SMS.

Essentially, the function of the bots, aside from testing and vetting applicants, is to keep applicants updated on their overall progression – known in recruitment as the ‘keep warm’ process – meaning that recruiters do not have to worry about maintaining those relationships and can focus more on understanding and managing their clients.

Though, the work of the bots does not end there. At the end of the candidate journey, the bots are able to ranks applicants in terms of qualifications, recent activities, and engagement, among other metrics – this data is then passed onto the recruiter, who will make the ultimate hiring decision.

As touched upon above, the use of such bots, presents a unique opportunity for businesses by significantly cutting labour costs. While complete automation of the recruitment process is not practicable, or frankly advisable, automating some aspects of the candidate process through bots would represent considerable savings.

Depending on which RPO (Recruitment Process Outsourcing) provider you speak to, roughly between 30%-40% of the candidate journey is made up of the Selection and Candidate Management stages. This equates to some £840mil worth of savings in the UK permanent recruitment market that could be potentially derived from the use of bots. This figure is the lower average estimate and does not take into consideration where and how the extra 30%-40% of time could be spent by recruiters.

The current explosion of messaging apps, coupled with vast strides in the capability of artificial intelligence, is fuelling the development of software programmes that use messaging as the interface through which to carry out a whole host of tasks – including scheduling meetings, retail and meteorological/weather reports. Today’s candidate is just as happy to interact via messaging application as they are over the telephone. In addition, some projections show that Millennials and Gen Z – the candidates of tomorrow – are more comfortable interacting via online chat than they are face-to-face. Therefore, the argument for the use of bots in the evermore “industrialised” and automated recruitment process cannot simply be an economic one.

The Bad, and the Ugly:

These new types of ‘bots’ have hardly been in existence and yet it would seem that they’re already beginning to cause something of a stir, and not even in recruitment! Rather surprisingly, they were raising eyebrows in arguably the most important and hotly contested race the world has seen for years – Trump vs. Hillary!!

According to the BBC, more than four times as many tweets (Twitter posts) were made by automated accounts in favour of Donald Trump around the first US presidential debate as by those backing Hillary Clinton. The bots, it is alleged, exaggerated support for the Republican. Political analysts and online social media savvies warn that such software has the capacity to "manipulate public opinion" and "muddy political issues". Could bots muddy recruitment waters, also...?

It is wholly feasible that these bots could also play a part in the Attraction and Brand & EVP stages of the front-end of the recruitment process? Companies and RPO providers could potentially use bots to push messages via social media platforms such as Twitter and Facebook, enhancing candidate engagement as well as their own brands.

At the moment however, that would seem a little too risky. Entrusting your brand to what is essentially a script or an algorithm that is liable to malfunction, could prove to be a stumbling block, if not a potential pit fall. An employer brand and a company’s unique selling points need to be nurtured and safeguarded, not churned through some software and erratically spammed out to the World Wide Web.

At Yocto, we pride ourselves on working in partnership with our clients, taking the time to understand their brand, culture and ethos, and then carefully crafting a vision for our partners, before seeding it into the candidate market.

Though some of the more process-related aspects of the candidate recruitment journey could potentially be automated via the use of bots (and only where we were able to pass the cost-savings on to our clients), we maintain that the human aspect of recruitment is the most crucial.

Ultimately, our clients are paying for our people and their expertise. If bots are able to enhance the service that our people can offer, or increase the face-time they can have with our clients, then there is a definite use for them. However, recruitment, like every other business, essential boils down to people and human interaction – woe to anyone who thinks they can get away with automating that!! 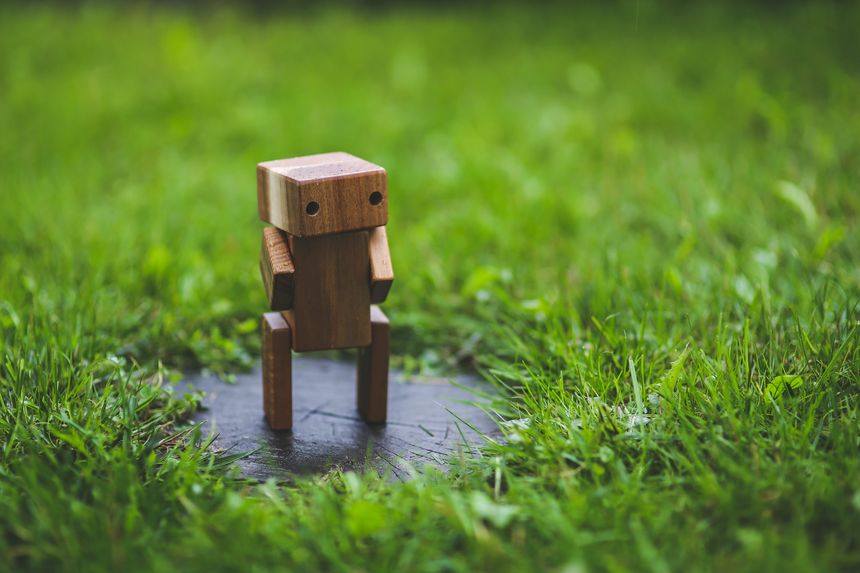