79% of adults in the UK binge watch TV (Ofcom October 2017). "Films are getting longer, even books are getting longer (although chapters are getting shorter)" (Adrian Rouse). So, contrary to belief, our attention span doesn't seem to be shrinking. Rather, in a world of endless choice, we are investing more time in what interests us and will disregard the rest (cue reminder to *skip clear blue advert again*).

In consumer, as well as recruitment advertising, we have seen a shift from catch-all single-minded creative campaigns (think Milk Tray Man - thanks, Hannah), into increasingly specific campaigns (female software engineers again?). And, once your EVP has been segmented, and market mapping has identified the perfect channel for your candidate, you're left with a pretty targeted advert.

So what gives? Sadly, it's often the creative.

Adrian Rouse (YouTube) said when analysing the ROI from programmatic campaigns, surprisingly 5 - 35% will engage with an advert because it is highly targeted, whereas 50 - 80% will engage because of the creative. So it's clear that just showing that we know our audience isn't enough.

Louise, Edward, and Adrian shared some beautiful examples of creating magic through creative programmatic campaigns. It seems Narcos brought out the best in a lot of people!

Edward talked about how The Guardian hosted a takeover of their live football blog on the final day of the transfer window to tease the season 2 launch of Narcos. "A task force of copywriters, designers and project managers worked around the clock on deadline day, monitoring live transfer news stories, and producing beautifully reactive, light-hearted campaign content, harnessing the power of real-time engagement." The results were astounding. 76% of readers who saw the advert said they'd now watch Narcos, and 28% claimed they were likely to subscribe to Netflix after seeing the ad.

The AdWords campaign was equally creative, with a "Where can I stream Narcos for free?" generated the response "Stealing from Pablo is a bad idea".

So, what can we learn?

- Our audience wants personalised content, but it's not enough on its own - there is still a place in everyone's heart for beautiful creative

- Integrity is key. The environment for display is hugely important - if a user trusts the site, they are more likely to trust the content (plug for the Guardian team there).

Thanks to Neil Pauksztello from Tug for organising, and to the following speakers:

"The campaign even teamed up with Babbel to offer UK viewers Spanish lessons, so they didn’t have to read the subtitles! Literally no stone was left unturned. The reason this campaign stands out is how they connected the dots between all the channels where their audiences would be. And due to the widespread popularity of the show, the audiences are everywhere! Hats off to Netflix, I think I enjoyed the campaign more than the show!" 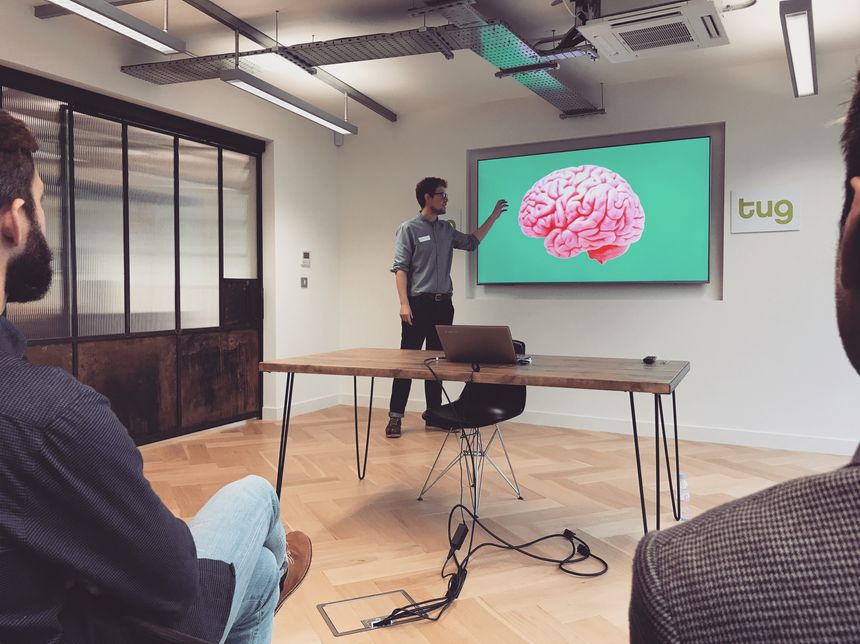 How did Narcos & Deadline Day combine to make a standout programmatic campaign?

Edward Bray: "Creativity is a necessity and we are designed for it" #TugDisplayDay pic.twitter.com/ENVOWlwI33

Next up we have Aidan Rouse from @Google #TugDisplayDay pic.twitter.com/fHfxudDNpz

How @NetflixUK is growing the popularity of Narcos through smart social media marketing. Great article from @TheDrum https://t.co/LgW8ADffDy