$20m is a lot of money to spend on training your team about inclusion. But that figure is nothing compared to the risk of losing all of your customers because everyone thinks you're institutionally racist. And the PR cost of the recent racism incidents at Starbucks is incalculable.

In summary, a couple of black guys popped in to a Starbucks to meet friends and while they were waiting, some genius behind the counter decided they were a threat, called the police, and they were led out in handcuffs. Naturally, we all got to be horrified in detail when it went everywhere on social. Perhaps less dramatically, another black customer was refused the toilet code 'until he bought something' meanwhile a white guy with the same request 2 minutes later was given the code. This, too, was generously shared on social. Together, they add up to something a lot worse than a bad coffee.

They decided to do the right thing and close their shops to train their staff on how to be a little less racist.

Interestingly, the day they did this, we were running our first inclusion training day at TMP. While we were preparing I was kicking myself, wondering why we hadn't done something more structured sooner. But at least we got in there before anyone got arrested.

It's never too late to do something in your business -- but every day you leave it, you are running the risk that people may have very different ideas in their minds as to what inclusion means, how your business lives its values and what sort of actions you should be taking to create a culture that's genuinely welcoming.

One of the things we focused on was that gaining a shared understanding gives you permission to 'call it out' with your colleagues.

There were several colleagues present when it was decided that these black customers were somehow a threat. If they'd had an open dialogue about what inclusion means, there's a better chance that one of them might have suggested de-escalating the situation. Because this stuff is really sensitive - you need to have a foundation of trust to make it more comfortable to have the tricky conversations. It's not easy to say to a colleague, 'Look, we shouldn't be calling the cops - maybe we are feeling uncomfortable with people who are of a different race, but it's not OK to act on that.'

Bias isn't a crime. Everyone has them. Everyone has had the experience of being uncertain around people who are very different to them. But acting out our biases is in our control, and it's our responsibility entirely to protect other people from the worst of our own human nature.

Furthermore, employers have a duty of care over their people and their customers, to ensure that everyone has a shared understanding of what inclusion means and why it's important, good for business, and good for everyone.

It cost Starbucks more than $20m to learn this lesson. And there's no guarantee training will solve it. My colleagues at TMP and I are relieved that in our case, we have gone on the front foot and taken action to elevate our dialogue about inclusion. There is no guarantee for us either, but at least we are building a common language and a framework for a welcoming workplace.

All Starbucks company-owned branches and corporate offices will be closed on the afternoon of Tuesday 29 May. Nearly 175,000 staff will receive the training, as will all future recruits. The closure could cost an estimated $20m in lost sales. 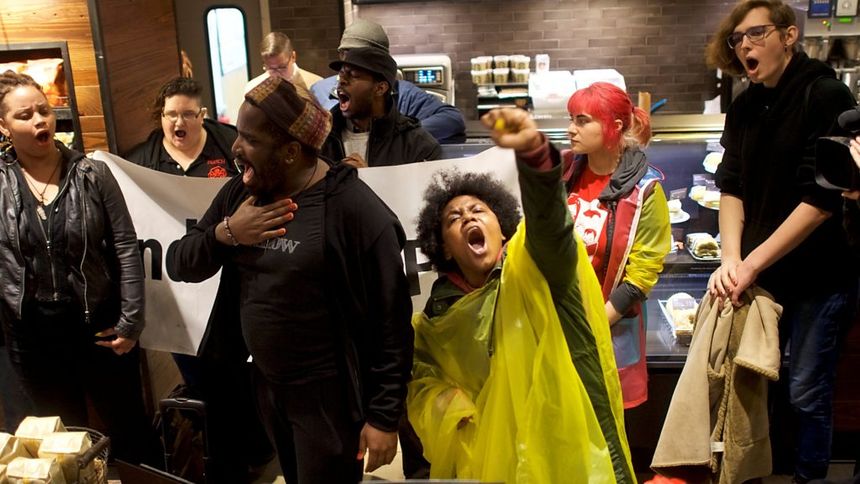