While listening to the This American Life podcast recently, I was really interested in the story of Starbucks and their bold move in response to an incident in-store.

A Starbucks manager in Philadelphia called the police about two black men who were waiting for a friend in-store. They were arrested. When people took to social media to express their outrage, the easy option for Starbucks would be to fire the managers and issue an apology. But, instead, Starbucks closed 8,000 USA stores for racial bias training for their employees.

The podcast is an interesting exploration of how it played out.

"Starbucks closed down all of their US stores so they could do this big racial bias training program for everybody who worked at Starbucks-- the same training at every store Starbucks owns, 8,000 stores, over 175,000 people-- a very eccentric corporate move that the company embarked on after an incident in Starbucks in Philadelphia in April that you probably heard about. Two African-American men were sitting there, calmly waiting for a friend. The manager called the police, who arrested them as customers asked why.

They didn't do anything. I saw the entire thing.

Here's what they did. They wanted to use the bathroom, but they hadn't bought anything. The manager said no. She asked them to leave. When they wouldn't leave, because they were there to meet somebody, the manager called the police.

Two days after this, the company said that what happened was reprehensible, that calling the police was completely inappropriate, that the company stands firmly against racial profiling. And then it went further and announced this training, which would shut down the stores for half a day and cost them tens of millions of dollars. That is not what companies normally do. Normally, when this kind of thing happens, companies either deny they did anything wrong, or they accept they did something wrong, and then they move on. Like, they move on quickly. Moving on quickly is the key.

But here, Starbucks was taking this incident that was bad press for them from the start and they decided to kind of own it and sit with it and live in it. And they more or less declared, we have a problem with racism in this country. And our answer to Philadelphia is that Starbucks is not only going to try to fix its own racism problem, it's going to try to help fix America's racism problem, too-- which, I have to say, is basically just inviting people from all sides to criticize them.

Well, Kelefa Sanneh has been examining that choice for us. And he went to attend the training itself, which we're going to get to. Our show is the only journalistic outfit that Starbucks allowed to attend one of these trainings, and we did record there."

In practice, this epic social experiment, this attempt to lead a national conversation about race, this grandiose parting shot from Howard Schultz as he left this company that he built, did it help? It's hard to tell. Starbucks said it wasn't measuring outcomes. But in this one conference room in Seattle, it seemed sincere, maybe even helpful. It felt like Starbucks was trying to give people what they say they want after an incident like this-- accept responsibility, change your corporate culture, fight systemic racism all at once. And if it was kind of unwieldy, kind of incoherent, with a couple of moments of insight, what do you expect? It's a weird assignment. 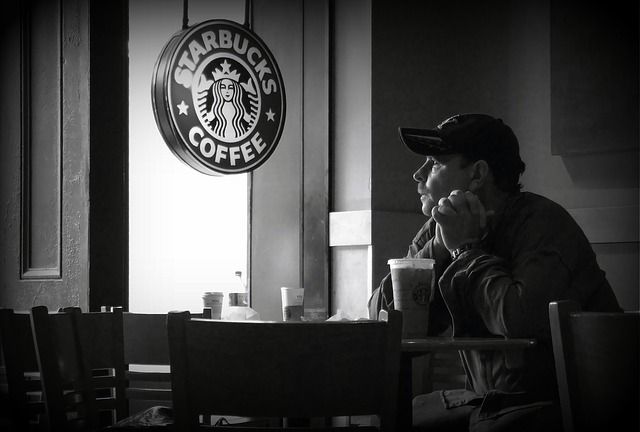 this episode is critical. from starbucks to new orleans, it's a brief look at what america is and has always been. https://t.co/k1OUgDlFC6

Even when we can’t be close, we can be together
Vanessa Hawes

Prediction no.2: All change at the top - Why HR and Marketing need each other.
Vanessa Hawes

Prediction no.2: All change at the top - Why HR and Marketing need each other.
Vanessa Hawes