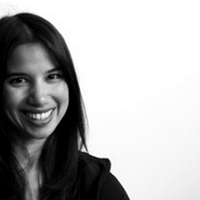 When considering leadership and performance, it seems that it is much easier to identify and break down the problematic behaviours and cultural norms that corrode trust and courage, than to identify clear, positive leadership behaviours. In fact, the analysis of leadership derailers has long been documented. Karen Horney's classification of flawed interpersonal tendencies - Moving Away (withdrawal, detachment and defence), Moving Against (aggression or attempts to gain power) and Moving Towards (compliance, seeking to appease and please) was developed in the 1950s and continues to spark passionate and lively debate in the world of business psychology and beyond.

As discussed in my last article (link here) as many as two-thirds of people in leadership positions fail, leaving companies with damaged reputations, dis-engaged employees, and reduced revenue. To complicate matters, these self-protective stress responses can be seen as strengths (up to a point) and to some extent, are likely to have contributed to an individuals career success in many ways. You could think of this as a gear change, turbo charging your standard set of responses for those difficult situations where you have to impress, defend or survive a tough situation.

However, these counterproductive behaviors don’t always become obvious until the person is in a new, complex and stressful situation. What's more, we all have the potential to react in ways that end up getting in the way of leadership, relationships and performance at one time or another. With all this in mind, how do you understand or interpret these paper thin margins between success and failure?

For example, there are many studies which have shown that 'Boldness' is associated with business success and indeed found in many successful CEOs (Chatterjee & Hambrick, 2007). There is also speculation that Boldness increases with those in power over time turning from a positive (confidence) to a negative advantage (arrogance) among leaders (Owen & Davidson, 2009).

Intriguingly, the extent to which these behaviours are tolerated are somewhat dependent on the nature of the role, the culture of the organisation or the social environment within which the individual is operating. For example, the dark side trait 'Diligent' has been found to be positively related to a number of ratings of Leadership potential. Indeed, mild obsessionality being associated with conscientiousness, orderliness, precision and perfectionism is clearly an advantage in many areas of work such as quality control, internal audit etc.

So how do we make sense of all of this? In the first instance, assessing early can identify these tendencies before making a selection or promotion decision. Furthermore, it can help to determine appropriate coaching or support to ensure an individual develops a level of critical self-awareness to monitor their own behaviour, understand its impact on others and adapt accordingly. Restraining these largely unconscious tendencies, curbing excess or overcoming inhibitions takes dedication, a willingness to face your vulnerabilities and a commitment to lean into some potentially difficult conversations.

Nonetheless, one thing is clear, the ability to improve our game begins with self awareness and an openness towards 'facing our demons.'

What Psychology, History and Leadership Research Can Teach us about Adapting to an Uncertain World
Helena Smith

What does it cost your business when Smart People Fail?
Helena Smith
Recent posts from TMP Worldwide