Last week at the Women in Data 2019 event, I was lucky enough to hear Dame Stephanie Shirely's TED talk. And, after reading the headline that the "Proportion of women in data and AI roles hits 20 year low", I wanted to share why she is my new role model.

Oh, and the Steve thing wasn't a typo. More on that later.

Stephanie is used to fighting. Arriving in London aged 5 as an unaccompanied refugee on the Kindertransport, she felt inspired to prove that her life was worth saving. Today, she is one of the UK's most successful and pioneering entrepreneur, millionaire, genius, icon, and philanthropist.

Success was not easy. Initially working for the Post Office she learned how to build and code computers while studying a maths degree in her spare time. Tired of being patronised and experiencing "quite overt" discrimination, she set up her own software company from her dining room table.

"You can always tell successful women by the shape of our heads; they're flat on from being patted patronisingly" she said.

At a time when many thought selling software was bonkers (it was always something given away free with hardware), and when women couldn't even open a bank account with her husband's permission, her success was nothing short of extraordinary.

To present accepted views of productively and professionalism she sent out business development letters signed as “Steve” rather than “Stephanie” while many of the engineers she employed played tape tracks of fast-clacking typewriters while on client calls, to mask the sounds of children at home.

And it worked. "Freelance Programmers" went from success to success. With 297 of the company's first 300 employees being women, Stephanie had quietly built a business which was "family-friendly in the extreme”, with flexible hours and homeworking encouraged.

“Who’d have thought that the programming of the black box flight computer of the supersonic Concorde, would be done by a bunch of women in their own homes”.

Freelance Programmers went on to employ 8,500 people. When the company floated on the stock market for $3 billion, Stephanie made 70 of her employees millionaires.

Since retiring in 1993, Stephanie has devoted her life to philanthropy,  giving away most of her wealth – up to £135m – to autism research and other charities.

“Philanthropy is all that I do now. I need never worry about getting lost as several charities would quickly come and find me."

At the event last week, a member of the audience asked how Stephanie managed her success against all the odds as women in tech. Searching for ways around obstacles, rather than trying to tackle them head-on was her advice. “Softly softly … when I started I was very aggressive,” she adds. “I learned to charm my way through a little bit, and I also tried to find innovative solutions.”

Stephanie left us with some useful advice:

I think I can get behind that.

Stephanie is living proof of what can be achieved when you create the change you want to see. I hope that after reading this, you'll want to join my new fan club and tell everyone about her story.

Only a quarter of UK jobs in artificial intelligence (AI) and other specialist technology roles were filled by women this year, the lowest proportion in two decades, new figures have revealed. Research compiled by Datatech Analytics for the Women in Data campaign found that the number of women and men entering the industry in 2000 had been equally split. Since then, however, the percentage of women taking on positions related to data science, out of the overall number of people entering the industry, has slipped – falling to 41pc of the total in 2005, to 34pc in 2009 and then to 27pc this year. The report suggested this was due to the fact there has been a surge in men choosing careers in fields such as AI over the past 19 years – a 400pc increase. For women, there has been only a 68pc uplift in the same period. 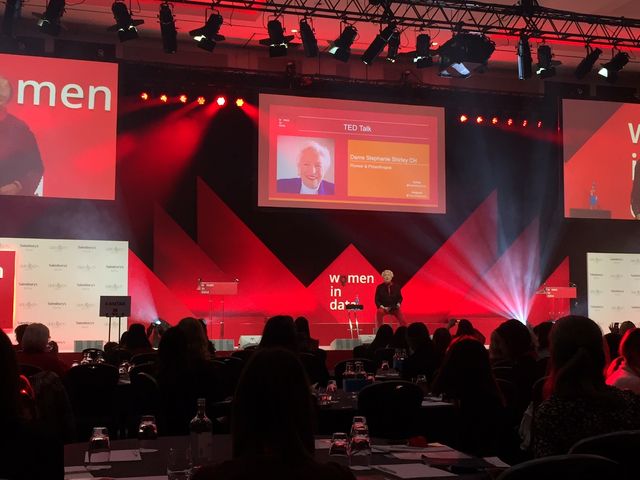 ICYMI: Only 27% of UK jobs in AI and other specialist tech roles were filled by women this year – the lowest proportion in 20 years, reports @hannaheboland https://t.co/MYs03521ZE#ArtificialIntelligence

Proportion of women in #Data and #AI hits 20 year low - surge in men entering the profession not matched by women via @TelegraphTech @DatatechRecruit @WomenInDataUK https://t.co/FpWOs4CpFz

Survey of data scientists highlights lack of management support, bureaucracy getting in the way, and difficulty getting the right tools. And a shortage of the right skills. @WomenInDataUK #womenindata conference https://t.co/UJvHTQQaYM

What graduates want 2019/2020: Mental well-being, morals, and 'farewell to the lifer"
Vanessa Hawes

How the NHS is challenging stereotypes in nursing.
Vanessa Hawes
Recent posts from TMP Worldwide