Earlier in the year, I laid out my 2020 Employer Brand predictions. I’ll admit that the last 6 weeks have somewhat put me off course between working out which surfaces can be used as a desk, negotiating conference calls with housemates, and queuing outside supermarkets.

But, now seems a good a time as any to get stuck into prediction number 3: “Good for the soul will be good for business”. When I wrote this back in January, it was inspired by the increasing pressure on brands to talk about their value proposition, not just for employees, but in society as a whole. Where the nature of a brand’s underlying commercial activities is prone to create ethical controversy, such as in the Oil & Gas sector and the aviation industry, there is a need for organisations to look at the other levers they can pull. As Gen Z enters the workplace, this has added pressure as they ask themselves: "how am I helping to build a better future?".

With the likes of Greta Thunberg talking at Davos about how inaction fuels the flames (of global warming) by the hour, organisations are having to work harder to show that they are committed to the green agenda and clearly demonstrate the action they are taking.

But organisations need to show that they are committed to ethical working environments too. With all the bad press around robots firing employees, warehouse working conditions, and zero-hours contracts, there was already an increasing focus on how organisations treat their people. Organisations now need to do more since the bar and the expectations are much higher than they have been before.

Due to their size and scale, big American corporations have historically received the most scrutiny. However, there are many stories of them doing some overwhelmingly good things too. Take Amazon for example, who after a rocky year of PR in 2019 announced that they will be spending more than $700m over the next six years in order to retrain more than 100,000 of its US employees – a full third of its workforce. They're investing millions in new internal programmes too, helping employees to become software engineers, mechanics, and AI experts through apprentice and internship programmes.

While large corporations have the power to benefit their employees, their impact can be felt much more broadly by society too. Take Walmart for example, who have taken quite a journey over the last few years. Walmart CEO Doug McMillon explained at a shareholder meeting the need for Walmart to change its business and culture. “At some point, Walmart became big, and societal expectations changed, and we missed the memo,” he said. The business went from paying low wages and kicking off Black Friday on Thanksgiving to raising wages and expanding benefits for all employees. Beyond a u-turn in how they treated their employees, they went further still to call for stronger gun laws and criticized the Trump administration’s decision to pull out of the Paris Climate Accord, setting its own long-term goal of using 100% renewable energy.

Large companies have real power and influence when it comes to solving societal problems and there are many more examples of this, such as Diageo phasing out plastic straws, Iceland banning palm oil, and Tesco paying tax on tampons on behalf of customers.

Such “signature moves” may have an immediate cost to a business either through additional cost or lost revenue, but the long-term impact is overwhelmingly positive both from a customer and candidate perspective. “The current world is one where customers and staff clearly reward social purpose – research shows 89 per cent of consumers would switch brands of equal quality to support a cause,” says Danny Witter from Work for Good.

As individuals reject companies, and even whole industries, based on their social or environmental impact, I expect we'll see more of these PR-able actions to change perception. Leading organisations will take massive strides to do good and become the employer choice through education and training programmes, investing in health and well-being, and engaging with communities far beyond traditional CSR activity.

People like a cause and people like change. Doing nothing or doing little doesn’t make people feel good, and it will be the organisations in the middle of the road that will suffer.

So, a few months into the year – what impact does Covid-19 have on all of this?

Lots of people are saying “the way a business treats its people now will be how they are remembered” and it's true. The employee experience during this time will be long remembered. It will likely change whole working practices, flexible policies, and colleague relationships. Some teams will become stronger than ever, and some, sadly, will never come together as the same group again. Together with the actions a company takes, it will be the transparency, honesty and humanity of comms that will redefine how they are perceived by employees and candidates in the years to come.

What will be really obvious is the organisations who act unpredictably – the companies who have a reputation or perception of behaving one way and then rising to the challenge to do good by their people and their communities. At the other end of the scale, where a company’s employer brand talks of their commitment to colleagues and being a family and they don't act consistently, these can be exposing times indeed.

There is the well-known Richard Branson quote “Clients do not come first. Employees come first. If you take care of your employees, they will take care of the clients.” It jars somewhat with the company’s response Covid-19, calling for a bailout from the government, while simultaneously asking staff to take unpaid leave.

Then there’s Wetherspoons, who despite its website saying their mission is to “be the best company to work for” has come under fire, initially for not closing during the outbreak, and later for telling workers they would not be paid between the point the chain was forced to shut down by the government and the time at which the furlough scheme came into play.

Then there are our essential workers. We need to be careful that we don't buy into the hero narrative for retail and warehouse workers to the extent that we start thinking they have made a choice to work in the conditions that some are enduring. Unlike other front-line professions, it's unlikely they chose to do that role for the good of the nation. They need an income. If we get caught up in the great things a company is doing for consumers right now, we risk losing sight of the fact that many of these employees are underpaid and working in unsafe environments now, but long before the Coronavirus crisis too.

That said, there are plenty of companies doing good by their employees as well.

When the British footwear brand Kurt Geiger was forced to close stores, it asked it’s 2,500 staff to volunteer with Age UK in their local communities while remaining on the payroll. “It’s clear that community life and extra acts of kindness will help build invaluable support in this unprecedented time, particularly for the vulnerable and isolated,” says chief executive Neil Clifford, who is suspending his salary until the stores reopen.

The e-commerce giant Shopify has been reported to offer its employees a $1,000 budget to purchase any necessary office supplies in order to ease the transition to remote work. And, KFC’s CEO David Gibbs put his salary for the rest of the year straight into employee bonuses and a Covid-19 relief fund. (To link to my previous blog about HR & Marketing, KFC have also made the choice to remove any mention of “finger-lickin’” from its advertising during this time).

On the wider society piece, we’ve seen perfume brands as well as breweries adapting their production to create hand sanitiser gel, and fashion brands large and small turning their expertise towards creating NHS scrubs. On their journey to become the “world’s most trusted company,” Ford put competition aside to join forces with GE Healthcare and 3M to assist in the production of health equipment such as respirators.

So, coming back to ‘Good for the soul will be good for business’. Right now, there is plenty of overlap between doing good and looking good. Of course, not all brands can afford grand acts of kindness or sacrifice but many can be helpful to their employees, clients, or customers. And, if a company can do none of those things, they might be best saying nothing at all. 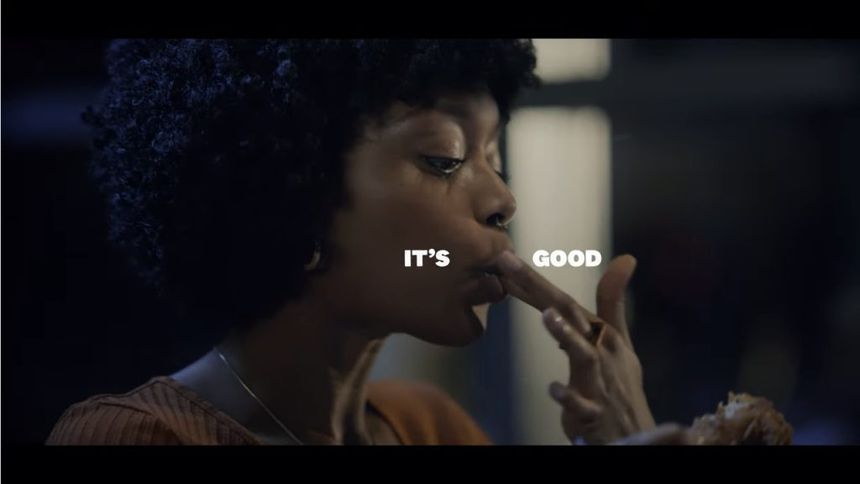 Brands that lead with purpose-driven strategies during coronavirus are more likely to be successful with consumers today and in the future. https://t.co/79F11q0zS9 #purposedriven #campaigns #marketing #socialresponsibility #marketingcampaign #strategies #authentic

AdobeExpCloud: Brands will be judged for years to come on how they're dealing with current events. Learn how the automotive industry is changing the way it walks and talks to build customer loyalty and brand resilience. https://t.co/BrZTg2YQBt

Interesting Read! Surveys of #GenZ consumers suggest brands must respond to the crisis by harnessing their #community & supporting their employees, without being opportunistic. @voguebusiness #mindfulness #retail #luxury #retailtrends #customerexperiencehttps://t.co/txgdgrn6fq pic.twitter.com/TstkzRzoRg

Brands will be judged for years to come on how they're dealing with current events. Learn how the automotive industry is changing the way it walks and talks to build customer loyalty and brand resilience. https://t.co/35n6tTNstF

Your #employerbrand will stick with your company through and long past the impact of the coronavirus in 2020. https://t.co/sa3ff4zGsJ #employers #HR #companyculture #hiring #success